GUESS Foundation and the Denim Day

The global campaign for the prevention of sexual violence

‘Denim Day’ was developed in response to a ruling by the Italian Supreme Court, which overturned a rape conviction because the female victim was wearing tight jeans that could not have been removed – according to the judges – without her help and consent. The next day, female members of the Italian Parliament wore blue jeans to protest against the verdict. Denim was soon adopted as a symbol to promote the prevention of sexual violence, and ‘Denim Day’ became a global campaign. ‘Denim Day’ has grown exponentially to become one of GUESS’ flagship events. 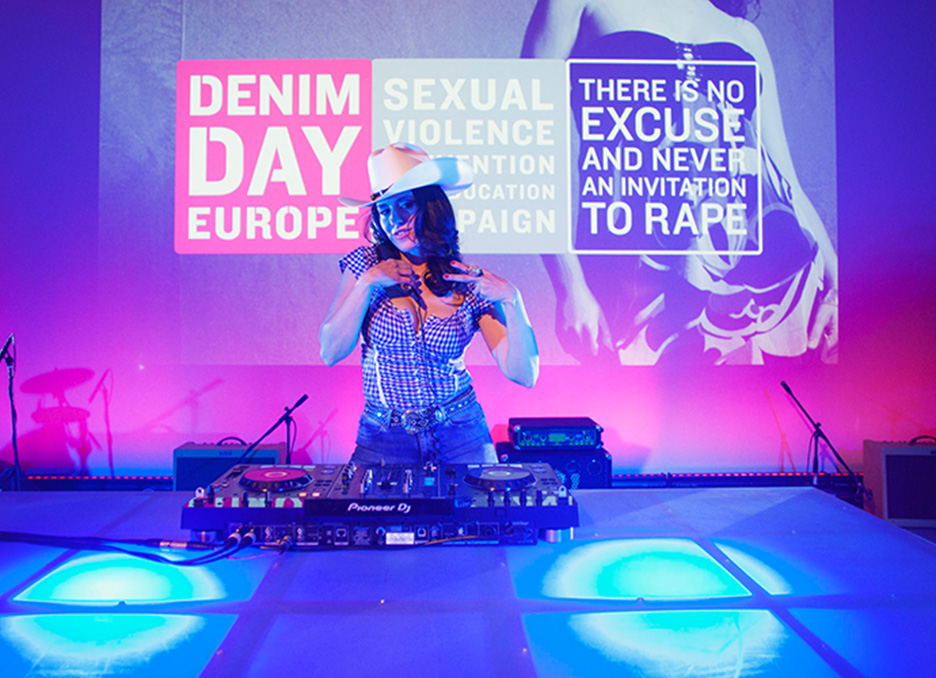 First hosted in 2015 in Italy by GUESS Foundation Europe in partnership with The Circle Italy – a group of women fighting poverty and injustice through fundraising and awareness activities – to support survivors of sexual assault and raise awareness of sexual violence, the foundation expanded the campaign internationally to create ‘Denim Day Europe’.

In 2016, GUESS Foundation also launched this movement and message in Spain. GUESS Foundation Europe focused on making sure that ‘Denim Day’ was accessible to everyone, everywhere and encouraged people to take action to prevent rape and all forms of sexual violence. During the lead up to ‘Denim Day’, usually celebrated on May 27th, community members, elected officials, businesses and students were invited through a variety of communication channels, which included a strong social media and experiential platform, to show their solidarity by wearing jeans. 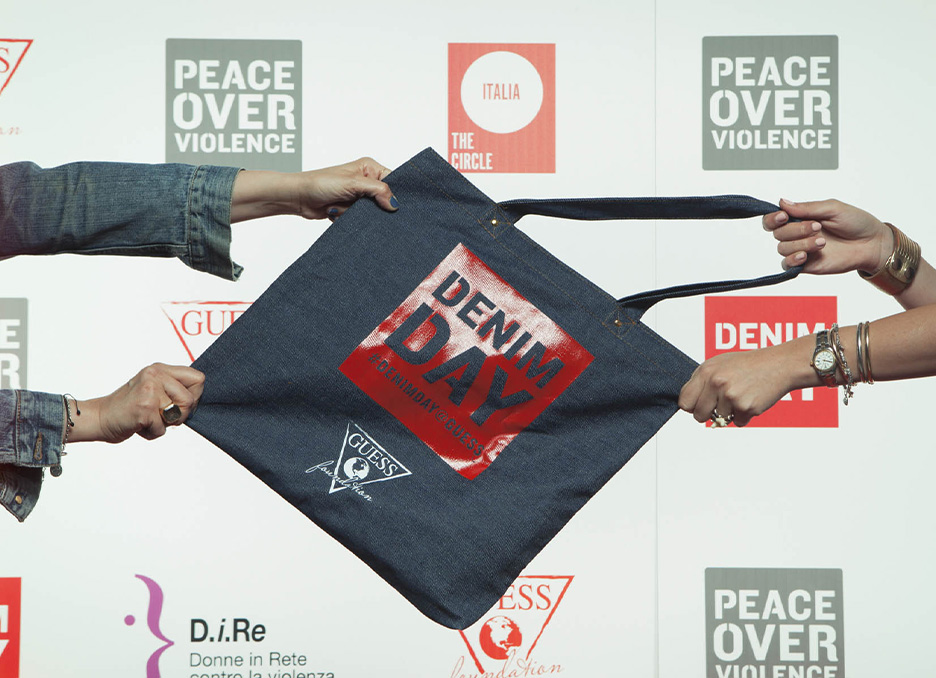 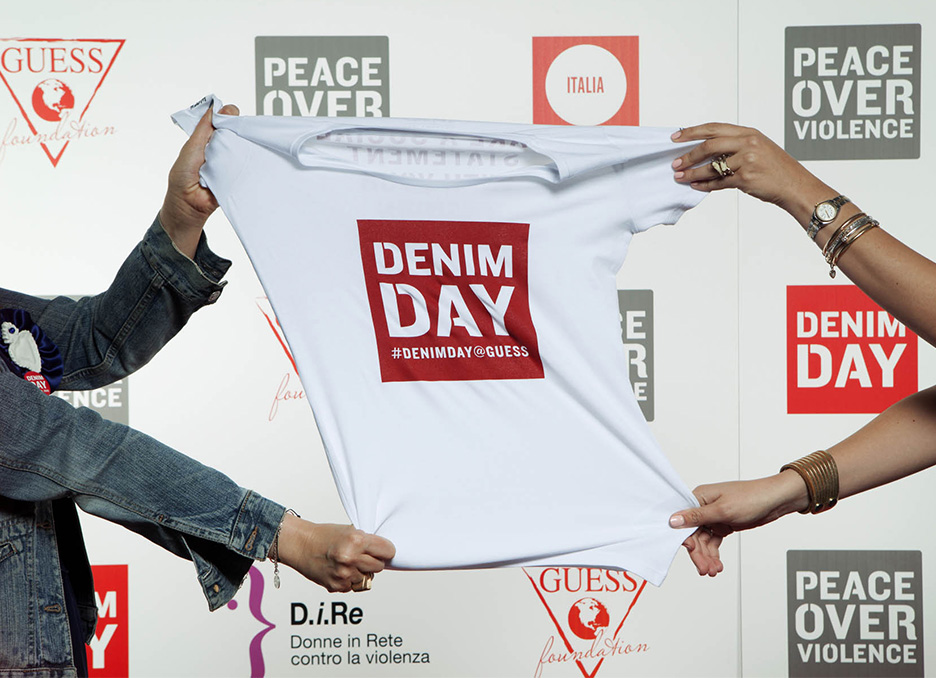 In Italy, Guess Foundation Europe chose to support D.i.Re – Donne in Rete Contro la Violenza, the first anti-violence, non-institutional centres ran by women’s associations. Thanks to the fundraising activities, which began in 2015, approximately 375,000 euros have been donated to D.i.Re., considering the importance of work as a key instrument to ensure respectable living standards for victims of violence and their children. The association invested these funds in a project aimed at helping women gain their independence, primarily their financial self-sufficiency, by entering or re-entering the job market. The project was divided into two main phases: the first involved the establishment of an annual training programme for the staff of anti-violence organisations, intended to implement a special career service to support the re-integration of victims of domestic violence into the labour market; the second involved offering 20 internships in seven different Italian regions to women living in D.i.Re shelters. The most important role throughout the process was played by the tutors, who identified the most suitable companies for the job placements, based on the skills and experience of the women involved, mentoring their apprentices and developing an ad-hoc follow-up programme. 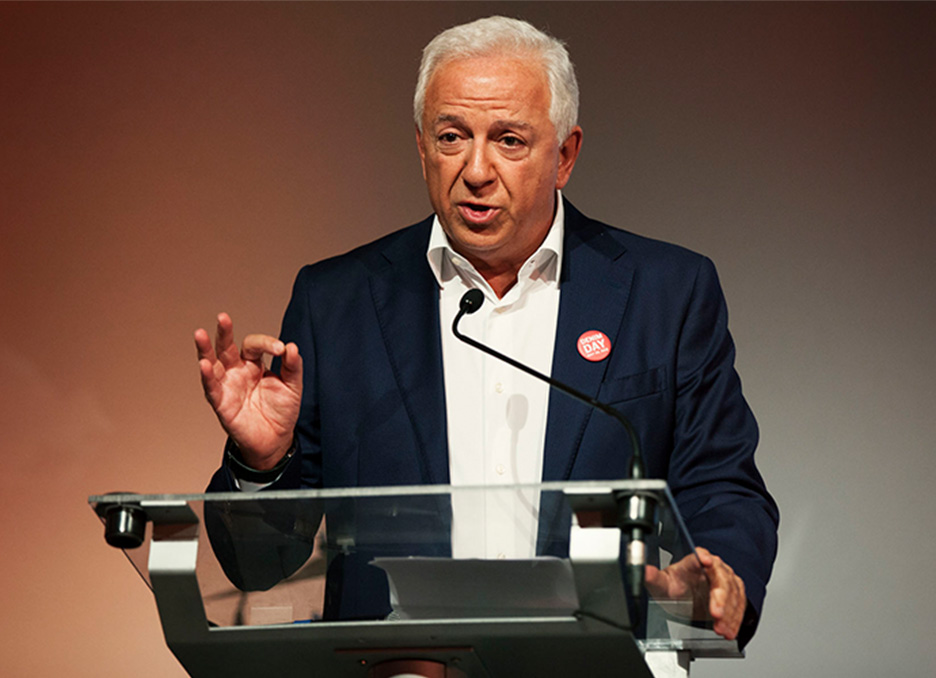 In Spain, Guess Foundation Europe pledged to support Spanish association Fundación Ana Bella (a women’s anti-violence network) established in May 2006. Founder Ana Bella is a survivor of domestic violence and a social entrepreneur who was elected to the Ashoka Fellowship in 2011. The Ana Bella Foundation is conveying the empathy and positive testimony of female survivors of gender violence, by encouraging victims to speak out and provide a peer-to-peer support network. More than 350,000 euros have been donated to the association thanks to in-store initiatives and fundraising events organised by Guess Foundation. These donated funds have helped to support an important association-led project called ‘The Amiga Program’, which, thanks to the donations, has been able to help over 1,400 women in need. The support provided consists in economic assistance, food vouchers, professional training to work as Brand Ambassadors, job opportunities, mother and child housing, legal and psychological support, and empowerment training to enable them to lead their own lives.