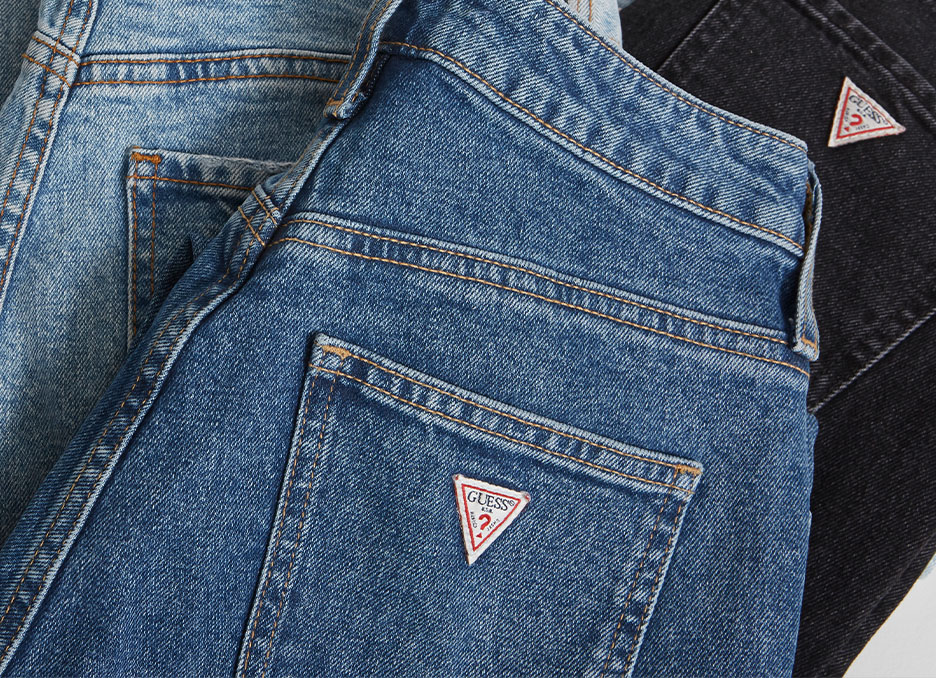 The GUESS triangle logo, one of the most recognizable logos across the globe, was initially conceived during the Marciano brothers’ daily drive down Olympic Boulevard in Los Angeles. Each day the brothers would pass a McDonald’s billboard that read “Guess what’s in our new Big Mac?”. This instigated a comical debate resulting in the company’s official name, GUESS.

Once the company name was decided upon, Paul and Maurice decided that a question mark needed to be added to emphasize the word GUESS as a question. They played around with the placement of the question mark, experimenting with it next to the word GUESS but finally decided to place it beneath the word. From there, the brothers needed to create a design that would stand out and encase the GUESS logo and question mark. They simply traced the word, thus becoming the inverted triangle. Once this was decided upon, the period in the question mark changed to a triangle shape for additional emphasis and the numbers 1201 and 1203 were added to the logo, representing the suite numbers to their first office on the 12th floor on Broadway in downtown Los Angeles. 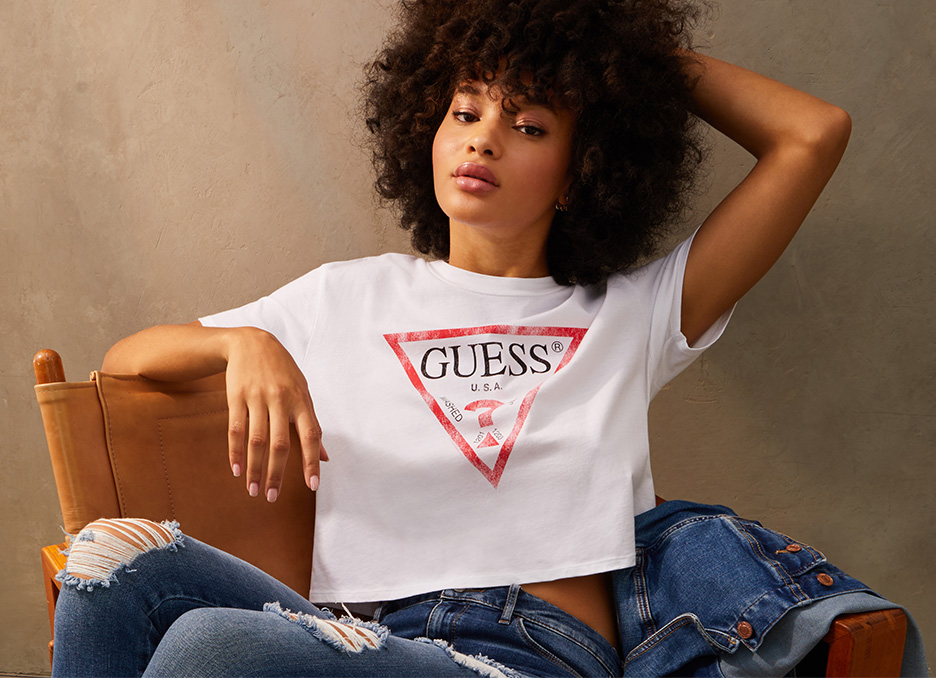 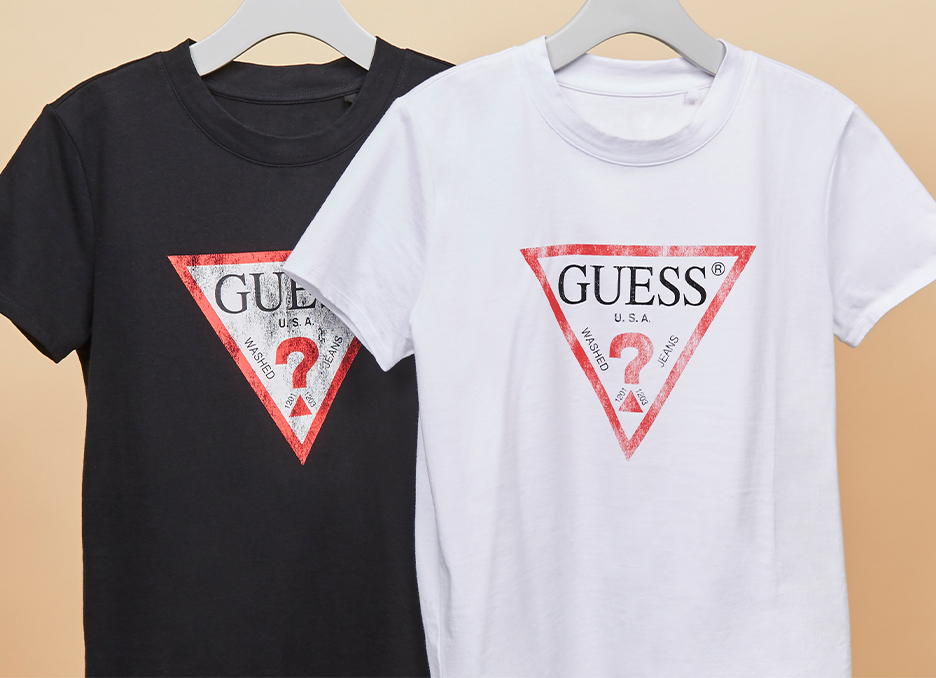 The triangle also states U.S.A. to proclaim GUESS as an American denim brand and to indicate where the brand originated. Looking towards the future and the hope of the American dream, Paul and Maurice added the words washed and jeans inside the triangle logo to represent what they hoped to become known for and the product with which they started.